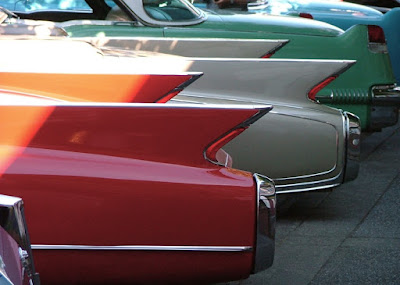 I'm not happy right now.  And I genuinely hope that it's an "at the moment of typing this" or "today" kind of thing rather than something that spreads.  Because ugh.

I could also say "low level of panic" right now, but that's kind of something that maybe doesn't translate well to anyone who hasn't experienced it.  I don't know.

The food/health/exercise thing is probably stressing me more than it might.  I mean, some people are in similar health situations and don't even know it.  Or some are and aren't doing anything at all about it.  Friends this weekend reminded me to take it easy on myself and not be so black and white "need to do it perfectly" about it all, which logically... sure ...ha...ha.... ha.  sigh.

But the reality of it for me right now is I'm confused and I'm scared.  I'm scared of a stroke, or heart attack, or ending up with diabetes and needing insulin and maybe none of those things will happen.  Maybe none of those things would happen even if I changed nothing at all.  Maybe those things would happen anyway.  It's just that now they've been drawn to my attention.  Or my attention has been drawn to them.  And dealing with anxiety (my anxiety anyway) when it catches on to something takes an awful lot of effort.  (Or at least it seems like it does, perhaps there are "easier" ways I just haven't found yet.)  And that becomes tiring or draining.

And I'm not sure I'm actually giving my body enough nutrients/food right now, it's hard to know.  Because food is even more of a mystery than it used to be.  And the things I've relied on are, well, snacks and some meals... and snacks aren't really a thing for me anymore.

If I didn't mention it last week, there is a massive amount of information out there about the "right thing" to do and unfortunately they all approach at a slightly different angle and so far I've just been overwhelmed rather than guided.  So really, at this point, all I know is.... cut out sugar -which I've done to a large extent... the obvious stuff anyway, and reduce carbs.  Which I've also done, but not eliminated.  But hey, if you have noticed over the years I'm not exactly a whiz in the kitchen.  Nor am I confident or comfortable with foods and cooking and... all..... of..... the...... things.

I've been mad, I've been sad, I've been... whatever else and I think now I'm just mainly a combination of determined, lost and confused.  (Probably with a little bit of not wanting to deal with it all thrown in there too)
Posted by Victoria at Tuesday, February 04, 2020

It is hard to navigate the waters of nutrition, I feel. Especially when the map of what's right seems to change every few months. And its so disruptive trying to change the pattern of eating that worked for so long - I'm having troubles with that myself.

Combine the need to experiment with anxiety, and its even tougher.

Just have to take it one day at a time, I guess. Which is cliche, but it helps me move forward.

Hugs back at cha