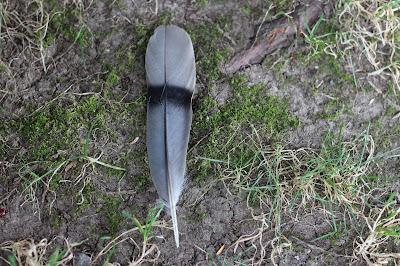 Well, I have my first official appointment booked.

I got a call from my optometrist's office and they rebooked a postponed appointment for a dilation (the one where they blow your pupils? up to look for... things?)

I'm nervous, of course, as going places is something that stresses my anxiety around this virus.

They're asking I wear a mask and show up exactly on time (as I won't be allowed in early) And I appreciate those things but here are some other things that are going through my mind about it.

I deal with a little bit of panic sometimes wearing a mask.  Being as the only time I really wear a mask is at Burning Man, that's when I first discovered it.  So there, when you're wearing something because of dust, I generally wear a bandana to filter a little bit of dust but not give me the panic claustrophobia feeling of not being able to breathe.  If it's a more serious dust storm I have worn a special mask and I just kind of deal with it because I always know I have to.  But in those cases the huge dust storms tend to block the sun which can reduce the heat a bit so that can help a bit.

But going forward with life here, I'll have to figure out how to wear a mask for extended periods of time while keeping my cool.  (My literal cool.... you know.)

I have a few different types of masks, and was just recently able to purchase the "flimsier" over the ear ones as well.  I've so far, the three or so times I've gone into a pharmacy, worn a cloth mask a neighbour gave me and the biggest "issue" I had with that was feeling like I couldn't be heard, and it slipping down as I didn't tie it around the back of my head tight enough.  But that was only for a few minutes at a time.  This upcoming appointment will be something like half an hour.  And so I'm thinking I'll try one of the lighter wearing masks, but I'm not sure that protects my optometrist as well as a more significant mask? But they did say they'd provide masks if I didn't have one and I imagine the kind they can afford to provide is the kind I have so maybe it's ok.  I mean the truth of the matter is, it's better I wear a slightly less effective mask and don't have a panic attack in the office while she's trying to look at my eyeballs, right?  Sigh.

I tried for a while yesterday to wear my fancy Burning Man mask inside but... it wasn't a great experience.  Which makes me wonder about when I have to go get a scan for my heart stuff and have to be in a hospital so should wear a more serious mask that entire time.  But... I suppose that's a worry for another day.

Also, this means I need someone to drive me, so I've asked Jason if he's ok to drive me (and wait outside in the car).  But I mean this is all awkward and strange.

But yeah, I have my first appointment next week.  My first "new not normal" appointment.

Here's hoping it goes well and we all stay safe.

Took my son for a braces adjustment yesterday, and he said it was underwhelming. They gave him a mask, asked some questions, did the right stuff to keep things safe but it wasn't as stressful as either of us had thought.

The upside was actually having the appointment go off on time, instead of sitting in the waiting room for 10 minutes past the supposed appointment start.