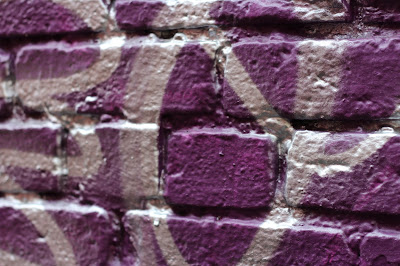 Mornings can be noisy around here.

No, I don't mean me!  I'm usually trying to sleep or nap-sleep or not wake up grumpy or see how much longer I can "sleep" for.  I'm the quiet one.  I mean more out my window noisy.

I've always slept with open windows, unless it's freezing freezing middle of winter and then I'll close them up, but I also started sleeping with my blinds half open a couple (?) of years ago when I found it helped me wake up - the natural light.  (Yes, I miss falling asleep in a very dark room but it's worth it for slightly easier wakeups.... I think.)

So I'm in lighter sleep most mornings than I used to be, which means I hear more things.  Like neighbours firing up their cars to go to.... work (I assume?)... but that's just a moment or two.  One of the more noisy things are the garbage and recycling pick ups.  Which, some weeks feels like every day.  (Possibly I hear them doing neighbours on other days?)  But they seem to come pre 8 am and the bins aren't exactly quiet as they get rolled out of our lot and onto the street and dumped into their trucks.  We have garbage, paper, compost, and plastics, so that's four separate trucks (I assume?) over a few days.  I don't think it's every week, I think it's every two weeks but I've never really tracked it that closely as they always come first thing in the morning.

The other morning it was a crow being as loud as possible and after the fourth or fifth call I actually looked towards the window and said "look, I wish you well with whatever's going on but could you please take your caw-ing somewhere else?"

I know it's nest season and baby season and most birds are extra ARGH! with it all but man oh man some birds can be so frustratingly noisy.  And often it's not the crows, it's the seagulls, although they have a tendency to be MIDDLE OF THE NIGHT birds... le sigh.

But anyway, some mornings are noisy around here, with trucks and bins and crows and some of us just want to keep sleeping until the alarm says it's time to think about waking up, you know?

I really hope it quiets down at night. My neighbourhood unfortunately has sirens, people who want to toke up at 3AM, and what I assume in raccoons having discussions...

Raccoons can also be V. noisy!