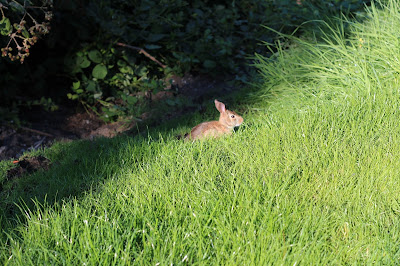 Some mornings, I lie (not very awake) in bed listening to bird song.

I'm not a birder, but over the years I have learned some bird calls and song.  I'm pretty good with the "obvious" (and obnoxious!) like seagulls and crows and owls.  I know robin and there are many I hear that I don't know who's singing them but they're nice.

(For a while, I thought I was hearing blue heron calls a lot lot lot and figured I was on a flight path or something, but then I realized it was the weird backup tone for a garbage truck and, well, we'll just not talk about that one k?)

There's a call I've been trying to identify, I've heard it two mornings for sure now and I think I have it... I'm pretty sure it's Jackhammer Americanus, but from what I've read it could also be Jackhammer NorthAmericanus so I don't know for 100%.  It has only been calling in the morning so far and I've yet to go out to try to see it to confirm because, well, mornings and all!

Anyway, I'm not sure it'll be around for long, but it sure has a distinctive call!