Oh!  I almost forgot to tell you, but my car died this weekend!!! 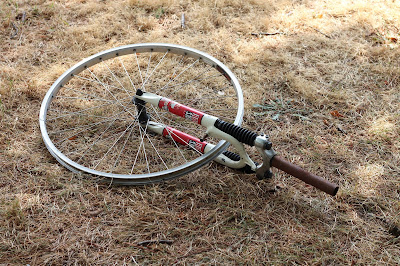 Or, more accurately and less dramatically, my car would not start.

I mentioned it before, but I noticed that the lack of driving during lockdown meant my car battery took a hit.

What I probably haven't mentioned before is that for a couple of years I've been asking the mechanics to check on my battery and starter system and they always tell me it's fine, so I haven't really looked much further into it, even though my gut told me something wasn't quite happy with my car.

I mentioned to Jason in the last month or so that my car "needed a big run" as I haven't gone really anywhere with it that's over 15/20 minutes in quite a while.   My car'd been having a little more of a struggle to start of late and so I had a plan to run out to Sidney or something (40+ minutes of highway) in the near future.  Was a decent plan.  And not a major concern, after all, no mechanics had said anything about my battery or starter system all the times I'd asked them to check.

Then came Saturday and the deep, sudden cold.

I was heading out, nothing vital thankfully and my car rather than struggling to start/turn over, just made the weird noise I tried to replicate in the title.  I internally freaked out (FUCK YOU ANXIETY).  I took a video of the non-starting weirdness and sent it to Jason.  "Battery's dead" my gut told me.

(Some small part of me felt smart and proud.)

My anxiety ran away with my feelings and I had to concentrate really hard to focus on what I needed to get done.

"Never leave the house again." "Deal with it on Monday when things are open." Were some of the grand thoughts terrified me came up with.  Through shaking and tears.

I called Jason.  "I'M FINE" I sobbed.  He chuckled "so those are fake tears then?"

Yeah... kinda?  Because at least a part of me knew this wasn't an emergency - I didn't actually have to go anywhere, and even if my car was out of commission, I didn't need to drive anywhere for a few days.  I also knew I have a VISA so that emergency repairs can be handled if not entirely "paid for" right away.

I have a "portable battery charger" thing that I've had for years for just this occassion, so I made sure it was fully charged, read through the instructions again, and went back down to start my car.  Knowing if it started, I'd have to keep it running for a while and drive for a while to get that battery charged back up.

I attached the charger thing and nothing.  As in, nothing at all.   Not even the weird attempting to start noises from before.  Shit.

I let Jason know.  He said he was coming over.  I also sent him a photo of the weird blue gritty stuff coming out of one of the leads.  He said "yeah, seems like battery is going"?  I wondered if it could also be the alternator - my car is 10 years old after all, but one thing at a time, right?  Let's get the car going and go from there.

I noticed that my internal lights still worked, so the battery maybe had at least a hint of a charge but something about the cold weather had sapped its strength and it didn't have the ability to power up the car.

When did I last buy a new battery?  Dunno.  I know this wasn't the original battery but how many years had it been anyway?  Two maybe?

Jason came over, and luckily I always back into my parking spot so he was able to jump start my car no problem (although it always always makes me cringe, I just am not comfortable with electricity!)

We then drove out to a parts store and bought a new battery.  Jason installed it for me on the spot (I probably could have done it myself but the shaking hands suggested he'd be faster) and oh the joy of my car JUST STARTING.  Just... VROOM!  HAPPY!

And yes, my car suddenly "feels" happier.  Maybe that's just me, but I swear it does.  It feels more responsive, and I don't know enough about systems to tell you if I'm being silly so I'll just go with it... my car feels much better now and she is a far happier car than she has been for a while.

I've put a note in my calendar three years from now as a reminder that this now new battery will be a little bit older by then.  And I've started keeping track of my car's repairs and upgrades in a way I should have been doing for the last 10 years, but hey, better late than never, eh?

But,  yeah... the cold weather and my car's old battery and me not "charging" that battery all that much with choppy, less regular weather meant that my car did not start this weekend.  And I'm very glad I had Jason to help me deal with and handle that situation.  Yay for good people who can and will help (and know how!)