Knock, Knock.... Do You Have A Moment To Talk About Jello? 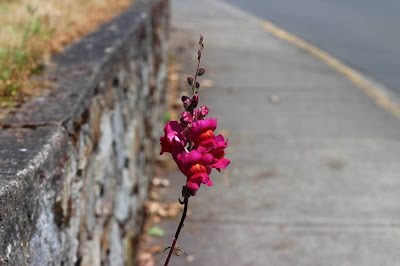 I know it's not something everyone likes or agrees with... if I mention it to C-Dawg she says "ewwwwwww, cow's hooves, gross!" and like sure, yes, I get it, but... hear me out...

I discovered, accidentally, that gelatin makes me feel a whole lot better and removes a whole lot of pain so... I'mma tell you my story, k?

Two Christmases ago, my sister in law gave me an "adult" gummy making kit.  I kind of awkwardly laughed about it at the time because even though certain things are legal, they are still not appropriate according to my parents and so I just sort of put the package away.  Oh, I guess I should point out that by adult, I mean can contain products not legal for youth, not "shaped like a penis" although that would have been equally awkward to open in front of my folks to be fair.

So this kit sat around gathering dust until the start of the lockdown last year when I was very scared and anxious at home and looking for things to distract myself with.  So I took this kit out of the cupboard and was surprised at the ease of it... basically, add "adult ingredient in liquid form if you have it", stir in water, watch timing, pour into mould, put in fridge, let set, enjoy.

Huh... my brain said, that was really easy!  I wonder if it's just as easy to make your own gummy bears.  Like, as in, not adult, just, you know, candy!

So I googled recipes and it turns out yes, it really is pretty darn easy to make your own gummy candies.

In one of the many weird, panicked online purchases I made at the start of lockdown last year I ordered some gelatin and some molds (bear shaped of course!) and when they arrived I played around with the recipe.  Maybe I posted about it at the time, but I was trying to be a little healthy so used honey for my sweetener and first batch wasn't enough and second batch was too watery and it took me three trials to get a mixture that had flavour but wasn't stupid sweet and then I had my very own home made gummy bears.  LIKE MAGIC!

I stopped making some for a while and noticed that over the next few weeks I was really aching a lot.  And something in my brain went "pay attention" and so I made some more and I hurt less.

Well, go figure... gelatin can help with decreasing joint pain!  (As well as some other stuff) OMG!

I tried my experiment again... made and ate them?  Noticed reduction in pain and aches.  Stopped eating them?  More achy!!!

Now making the gummies is a bit fiddly, so after a while the novelty of home made candies wore off and I just started buying Jello (purple, er "grape" FWIW) and adding extra gelatin to it.  It's not really enjoyable exactly, like I'm not getting a sugar rush or "yum, dessert" kind of thing out of it, but whenever I think I'll just leave it and not make any, even if I'm not thinking about it, things start to hurt and then when I go back to having some again, things hurt less.

(I'm talking about half a cup of "Jello mix" a day here, so no idea how much gelatin I'm really having)

I can't speak for everyone, and I can't be like THIS IS A MIRACLE but for me it really does make a difference with my daily aches and pains.  For real.

I know there is a vegetarian based substitute but I haven't tried it to can't speak to its efficacy.   And there are other non-Jello ways to add gelatin to your diet.  I told my Mom about it and she brought out her Grandma's recipe book and found all sorts of (kind of weird) gelatin based foods and desserts and she looked into it and found you can actually add it to liquid to drink and as I'm typing this I realized I haven't checked back with her to see if she's still doing it or what.

I mean, everything within reason right and balance and all that but this is a supplement that I have found helps me enough that I notice when I don't, or forget to take it.  And it just so happens that right now I'm taking it with some colour and flavour and calling it Jello.

So, yeah.  Gelatin.  Not saying it will help what ails you but maybe it will.  You know?  And for what it's worth, I do purchase a "grass fed, pasture raised, non GMO" version, so I'm trying... to be mindful and thoughtful.  And I'm grateful too.  And less reliant on other things to reduce pain and discomfort.