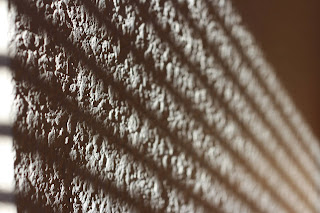 I am about to say something overly dramatic, but... for the first time in a long time I'm not happy with a haircut!  (OH NOES!)

I've been letting my hair grow for most of this last year.  I actually looked it up and it had been nine months since my last cut, mainly because of Covid and me keeping my "exposures" low when and where I can.

I've had my hair long for ages now, and the shortest I'll let it get is "long enough to put into a small bun", as in, when I want it to go up it needs to go up.

Yes, I use my hair for temperature control, but also to get it out of the way of food or paint or whatever else.

So as it just kept growing, I adjusted to the longer than usual length.  Until it got to the point of being just a bit too long.  And by "too long" I mean, it wasn't really able to keep up in a bun, the bun would be too heavy and kind of fall over or fall out (my hair is quite silky apparently?)

And so it was just kind of a bit too much and with warm weather approaching, I wanted to be able to put it up.

So I made my appointment and when I went I said, yeah cut off as much as needed as long as I can just have a small bun.  She measured it out.... asked if I was sure, I said yep!

She cut off a chunk, asked again.. I said yup, sure go for it, and so we did.  Cut off probably 6 inches?  It was middle of my back, probably lower back maybe even and now it's at my shoulders.

Which was my plan.

But now that it's there, I don't love it.

It doesn't behave the same way that the longer (heavier) hair has over the last year.  And yes, it's possibly a couple of inches shorter than I've had it in a while and of course it was quite a big, sudden change and I realized when I got home that that's probably why she asked me a few times if I was sure.  And I didn't know better and thought short would be "good for summer and any possible closures" so I said yeah, go for it.

But now I'm missing some of the length.

I mean there's the whole funny part of chopping off longer hair where you go to brush/comb/wash it and your muscle memory is thrown off... There's how much further the usual amount of shampoo goes (I should really remember to pump out less next time!).  And there's the bun that goes up and stays up and is so light I can forget about it... which is great for Summer heat for sure.  (She says in early Spring... sigh)

I'm not loving it.  It doesn't behave how I'm used to or dry how I'm used to or look how I'm used to.  And yes that's vain, and I know it's just hair and I'm not really all that bothered I mean I got exactly what I asked for... hair that's easy to put up and stays up (and isn't too heavy when up.) So.... yeah.

But maybe cutting all six inches off was a bit too much.... Oh well, it'll grow, and I can maybe figure out a length that is longer but not too long... you know, the Goldilocks length!