Pretty Much The Opposite of What I Expected 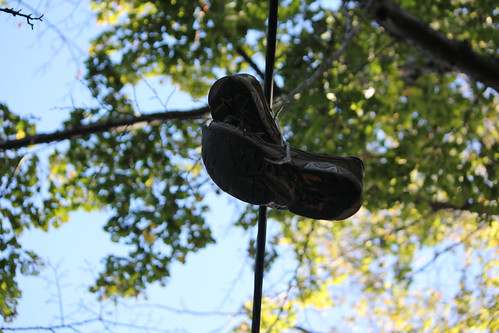 Something very unexpected has come out of the last couple of weekends with Jason.

I think I've mentioned that Jason is a photographer, and one of the things he does is take photos that I guess you call.. fashion photos?  I don't know, he shoots models, anyway.

I've been sort of intimidated by this because my body is SO not what I think of when I think "model" and so I've been trying hard not to compare myself to the models Jason works with... or that I imagine he works with because I've only ever seen the resulting photos from these shoots.

But the last two weekends, Jason has had a photo shoot booked, and he asked me if I'd like to come along.

I was super excited to be asked, partly because I've always wanted to see a photo shoot, partly because I'm really curious about how it all works, and, well it's always neat to see your significant other at work, and so far I hadn't been able to see Jason at work with another person, just gone on "photo walks" with him.

I was also nervous.  Nervous that I'd get in the way or interrupt his "flow" or whatever.

But anyway, this is not about the technicalities of the shoots or how I felt about it all, this is about the fact that something unexpectedly positive came out of them.

First of all, I liked both of the girls.  (Women?  Ladies?  Models?)  They were nice and we got along but they also weren't stick thin like I'd imagined them to be.  Yes, they were pretty, but I didn't feel unattractive next to them.  They were both... almost ordinary looking?

One of the girls talked about how she and I had pretty much the same body type (I don't remember why it came up in conversation) and once she said that I looked at her and kind of went "huh."  Because I'm starting to see myself more like how I actually look rather than how I think I look and I looked at her and she's not fat.  At all.  Not six feet tall either, but still.

And her photos look great.  She doesn't look anything other than great in them.

Now, part of that is Jason's good camera work and posing, but still.  This girl was totally confident in her body and when the camera wasn't pointed her way had no problem chilling in her undies, letting herself slouch, belly out and all.

It was amazing for me to see.

The next weekend, when I met the other (very pretty) model, she asked me if I'd shot with Jason too.  Which... brain freeze, did she just assume I'm a model too?

And same thing.  I looked at her body in her outfits and kind of went.. you know what?  She's not stick thin either... her body's not all that different from mine.

Now that's not to say Jason doesn't work with models who are tiny, and that's not to say there are tons of models who would make me feel very large and very short were I to stand next to them (I imagine) but you guys?  It was really freeing to see these models working with Jason and realize that I'm not as unattractive/fat/gross as my "bad voices" have been telling me for as long as I can remember.

So watching Jason do photo shoots with models has actually made me feel a lot better about my body and my looks.

Which is not at all what I would have expected to happen.

I'm really glad you've come to this conclusion. I'm pretty sure it's been suggested that you're too hard on yourself and that there are many people out there that enjoy looking at you too.

Glad you're starting to see that in yourself now.

I'm glad that this relationship is having such positive effects.

Awww man you two, thank you!