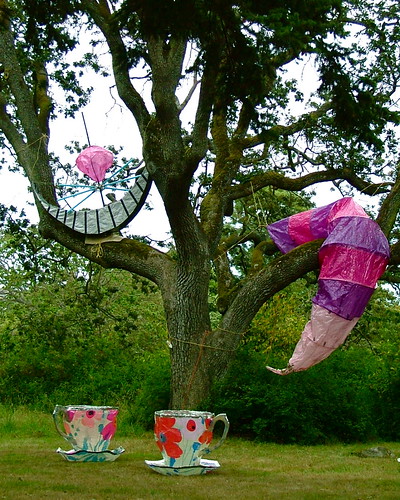 I've been having a lot of these crisis times lately.

I think it's overly dramatic to call them "existential crises" but they are hard times that have to do with my life and how I feel about it so... call them what you will....

One of the things I'm feeling stuck on, crying over and scared about is my art.  Now I know saying "art" is a pretty broad generalization but what else am I going to say... my writing and photography and drawing and other stuff I sometimes do?

So let's stick to writing and photography then.  As art forms I...engage in and am not awful at.

It's hard enough for me to say I'm an ok writer and an ok photographer.  I feel like I'm being boastful, and potentially wrong.  So then how am I supposed to take the criticism that comes with putting your work out there?

I'm not feeling confident enough to post my writing on "writing" sites or my photos on photo pages that ask for critiques.  Because I feel like if someone says something critical I'll just burst into tears and use it as backup for the voice in my head that says "see?  I told you you suck."

I think I've talked about it here before, but I remember taking a writing course with one of Canada's top living poets.  I wrote a poem for one of the assignments and got it back with a mark of a B and some comments.  I was horrified.  Clearly I was a terrible poet and should never, ever do this again.

Recently, I found said poem in a pile of old papers and I looked at it and it was not great!  I had, now that I looked back at it, rushed the poem, not looked it over, not really thought it through and wasn't even sure I had gotten across the message I'd been trying to share.  And yet, I'd received a B from an actual, well known, for reals poet.  What the bleep self?  That should have been a "sweet, he gave me a B and some comments for improvement, awesome, recognition from a peer!" instead of a "OMG LIFE IS OVER I'M TERRIBLE."

Now, I find myself just justifying it away as "well, he was just being nice, had to say something nice as a professor" blah blah blah.

Jason and I had a disagreement because one of Canada's top living landscape and portrait photographers liked a photo I posted on (teh evil) Facebook.  I was so excited and happy but then told Jason that the fellow was clearly just being nice.  Jason's head nearly exploded as he tried to explain that this guy did NOT just like photos to be nice and that this was a huge compliment on my shot.

I'm too scared to really put my art out there because what if it's terrible and I'm told that.  Or what if it's just ignored and so less than... noticeable.  The (not so healthy) argument in my head is that if I don't try, at least I can pretend I might have been...

I guess as I'm typing this out the answer becomes a little bit clearer.  If I put my stuff out there and I'm told it's bad, I can choose to quit, or choose to use that as suggesting I get better and learn more.  And in terms of being ignored?  Well, I'm learning that's a bit of the social media game and either I play it, or I don't care enough about it to be rattled.

Am I going to quit being a spy to go back and take more art courses and more photography and writing courses?  No... not right now, anyway.

It's one thing to be feeling like I'm coming into my self and my own... it's another to then put that out there and be willing to take the hits that will probably come...
Posted by Victoria at Wednesday, October 29, 2014

Ah, the benchmark of a creative personality -- everything is personal. I finished a book design for a client (that's what I do, I'm a designer) and his email brought me to tears: "I like the direction, but maybe a little different shade of blue for the background, and a different headshot for my author bio?" And I was ready to scrap the whole thing and start over, because it was obviously terrible!!!

A lot of people don't get that. But I do. Constant battle, but one we must fight! Hang in there, and try to believe the good and accept the suggestions, because everything can be better, but that doesn't mean you aren't talented.

Thank you for making me feel like I'm not alone Kandi!!! *big hugs*

If it makes any difference, I thoroughly enjoy your writing...you have a good sense of self, sense of humour, and your writing flows nicely. The pictures you post are always either nice to look at or thought provoking...both good things in my mind.

You do these thing for fun. Remember that...they are a release for you and if you are going to do them, they need to be fun for you. Putting things out there will always cause trolls to be trolls and they will try and knock you down...don't let them. You are a fine artist and evolving every day.

I understand your issue, but for me it relates to sports. I'm play a lot of golf and hockey. Compared to the general population, I'm really good at both. Compared to the pros...I suck. When I hit a wedge shot from 75 yards I expect to be within 5 feet of the hole...when it isn't I feel like I suck. In reality probably 90% of the golfing population would be thrilled with the shot that makes me think I suck. Then I think I'm wasting my time playing cuz who misses that shot??? Then I remember that I'm blessed that I can afford to play, able to walk the course easily, am outside getting exercise, and spending quality time with my wife.

It's hard, but you have to try and remember that you make a living being a spy, that's what pays the bills, and everything should be fun. Being public is going to attract trolls...just try and be the bigger person and rise above them.

I have a similar struggle with drawing. I know I'm better than most people, but haven't drawn a thing for years - and the longer it goes on, the more I worry that I won't be able to draw any more, so I don't...