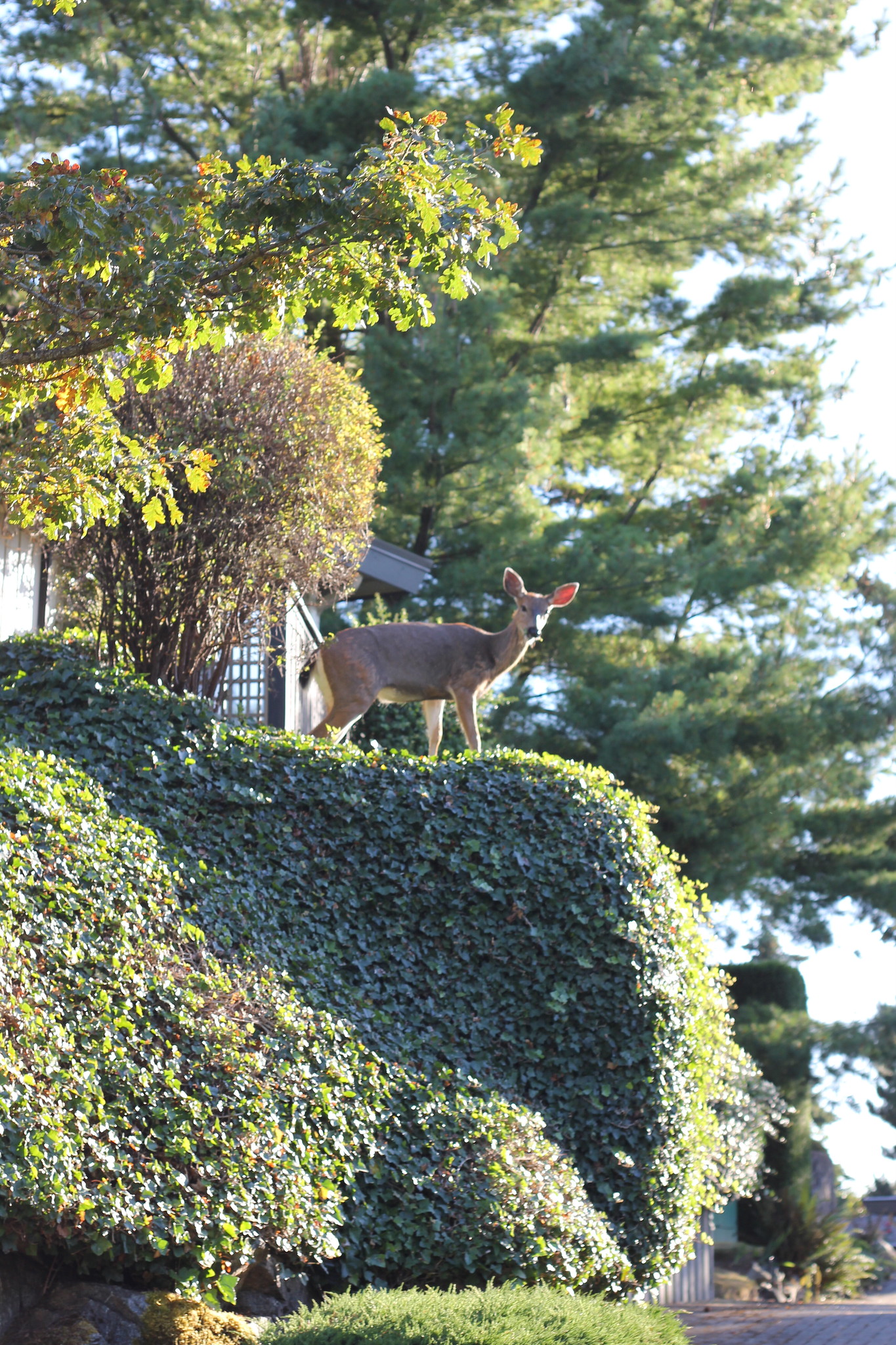 It's dark out early these days and this weekend will make it worse.  I'm hoping we only have so many more years of this time change thing coming.

That above mini paragraph is brought to you by the fact that I'm writing this from my couch and it's dark out, even though it's not late.  Which sucks.  But, really, not related at all to anniversaries.... I digressed greatly.  Apologies.

Three years ago my life changed.  I would say "significantly" but I'm still in the same apartment, with the same people in my life more or less (and by "less" I mean less frequently) but my INNER life changed [insert eyecatching word here.... dramatcially/significantly/etc].

I can see now, even by just reading posts from three years and a few months ago, that I was struggling to keep increasingly bad anxiety at bay.  I was re-reading a post last night that talked about a really bad weekend and as I read it I recognized what I now know are the tell tale signs and symptoms of a panic attack.  But I had no idea at the time.

I know I've half talked about it here now and then but the anxiety that invaded my life so completely three years ago was new to me.  It was very very different from worry or the "normal" anxious type things we all (I assume) know in our life.  And it became, about three years ago this week, unmanageable.

And then Max dumped me.

I wonder now, re-reading the "bad weekend" post if the "red flags" he spoke about means he had someone in his life previously (perhaps his wife?) who had an anxiety disorder and it felt similar to him where I was at and he didn't want to go through "all that" again.  I dunno, I'm guessing here, but having now dealt with panic and major anxiety disorders myself and as a friend, it's not easy.

I know I say this with most un-healthy things, but I really wouldn't wish an anxiety disorder on anyone.  I don't, to be honest, even know if that's the correct term or anything.  I'm no expert.  But it sucks... to put it mildly, and I wouldn't want anyone, even someone I disliked, to have to go through feeling like this.

I'm not where I was three years ago, thankfully.  And I'm not sure I'm even where I was six months ago.  Things are still not easy, and I am often very drained by the work I'm putting in, but I can see where things are different.  Maybe it's my response to something, or the length of time I'm "stuck" or even the access I have to things that help.

I still haven't been open with many people about what's going on.  A close friend or two... my family... practitioners and health workers certainly, but not co-workers or the like.  I'm not entirely sure why I don't want to talk much about it, but in part it's not wanting to be (wrongly?) judged... not wanting to be treated differently.  Perhaps not wanting to seem... weak?  Carrying as I do, that ingrained stigma about mental health from the old school world.... just "toughen up".  Man... I wish.

So people know I'm not well.  Maybe they've even guessed.  I don't know.

It took me almost two years to tell my parents and I really only told them because they were really worried about me and I figured they were probably making up stories far worse than what was actually going on.  (i.e. social anxiety and panic attacks vs heroin addiction and slave trade or whatever parents worry about)  It's not been easy, telling them, as they're very worried and wanting to help and there's really not much help to be had from them.  It's also hard because it's a bit foreign to them.

My Mom had some menopause-hormone-based panic attacks and, to quote her, "learned the proper breathing techniques and they're gone."  And my Dad is a very... flat person and "this kind of thing" really really baffles him.

I think about a fight we had in the months before I let them know what was going on.  My brother and co and my parents and I were down at the beach and we were all going to go (in our separate vehicles) to lunch somewhere.  I wasn't clear where this was.  So I asked.  And then my brother said one thing and my Dad said another and I started having a little (ha) panic attack and so I tried to stay (kind of) calm and asked for clarification where we were going and when and how long until people got there (sometimes people with anxiety will seem controlling, which perhaps this did, but to me I was freaking out, literally, that things were going to go extremely badly because I didn't know what was happening... no, it doesn't have to make sense...it just is) Well, my Dad got angry.  Yelled at me that he had already told me where, and I, of course, didn't find that easy to handle, so said I would just head home, which made him even angrier.

My brother came over to ask "what the hell" had just happened and I explained that I wasn't clear (I think my brother knew what was going on with me at this point) and so had asked and that Dad's reaction had been what it was.  We all ended up at lunch and I calmed down eventually.  Wasn't the best of afternoons, that's for sure, and I heard about it for a while after too.  (sigh)

I'm not saying that now that my parents are aware I have struggles with serious anxiety that they're fully understanding, but they to seem a tiny bit more understanding.  Or maybe I just pretend that.

So even with that... telling people doesn't always make things easier.  My parents really really want me to be "better", pretty much as soon as possible.  And that's not really something I can just snap my fingers and make happen.

But here I am... three years to the week of Max ending things and my inner life going to [bleep.]

Max, according to the things I see on social media, has a new girlfriend now.  *shrug*  I think about him at this time of year due to the anniversary of it... but this isn't really about him.

This year, right now, also marks a really difficult anniversary for Jason.  A year ago, Jason had a significant breakup, one that he did not see coming and one that threw him for a loop... to put it mildly.

I spent a lot of my time last year, for most of the year trying my best to support Jason through everything he went through with his breakup and life falling apart around it.  So this is also an anniversary for him.  And me.  It was hell, to be honest.

So as we head into the darker months, metaphorically and literally, I'm hoping to get myself back into the habit of self-therapy through my blogging.  I won't be doing NaNoWriMo.... that never worked out too well for me and I have other priorities right now, but I am going to be trying to write more.  And more openly and honestly.  To help myself be more me again.  This has been an exhausting few years and I want so much more peace and calm in my life than I've had to date.