The Slowening (I Made That Word Up, You're Welcome) 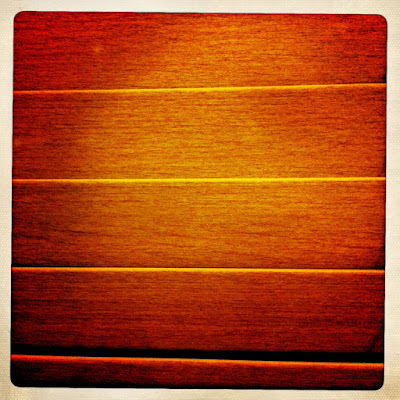 Alright, where were we?  Somewhere in the Fall of 2015 (or this Monday and a wasp sting, depending on which post you read last!)

I haven't re-read those posts I wrote (it's a bit much when I try...) so bear with me repeating myself if I do, k?  Thanks.

So... very busy summer, came back from an intense Burning Man with an honest to goodness love of my life new relationship and heading back to work hit me really hard and as Fall progressed I started not really being able to handle things and not being able to pretend I was "ok" and I started talking to counselling/support type people and then at their insistence, to my doctor and then within the first few days (or weeks) of being pulled from work I found myself a counsellor to work with and I was (ironically?) broken up with around the same time and that breakup was unrelated (as I hadn't talked to him about what was going on just that I wasn't loving work) but I suppose it didn't help matters and the Christmas holiday trip he'd planned for us had been the ONE thing I was looking forward to and it was suddenly gone and like I said the other week I do wish I'd blogged honestly at the time but I wasn't able to and was warned not to (shrug) so things are not as clear as to how I was doing at the time as they might be...

I remember feeling like I had a lot of appointments and even though I wasn't doing my regular day to day I was still feeling incredibly busy.  Seeing my doctor, seeing the counsellor, seeing the provided/suggested counsellor (work related supports), and all the rest of life things (physio, massage, acupuncture, etc.) that I didn't quite mention all the details to right away but did mention that I thought I was dealing with some anxiety... or something and everyone I dealt with was kind and I'm not sure any of them were surprised but that's neither here nor there.  I was busy.  And everything was tiring.  Draining.

My doctor had thrown in "major depression" on top of all the anxiety diagnoses but I didn't really "buy" it.  She had diagnosed me with depression years and years ago when I had a breakup (I mean, who DOESN'T cry after a breakup!?) and what I felt then did not match what I was feeling now, in 2015.  So because I didn't feel that deep sadness I associated with "depression" I sort of shrugged that part off.

Looking back now I guess I can see it.  Things were SOOOOOOOO hard.  And I didn't want or didn't have the energy to do anything other than what I "had" to do (appointments, getting basic groceries, etc.)  I, again, didn't fit the stereotypes I had for myself around depression... I could get out of bed, I didn't stop showering or anything, I still talked to Jason and C-Dawg and I interacted with friends and stuff online so... I mean.. that wasn't the depression I'd read about or seen on movies and tv...?  I do remember having a conversation with my counsellor where I said I would like to be doing more physical activity (or exercise) but so often I just couldn't and then telling myself I could at least just walk around the block.. throw a big jacket on and my boots over my pjs and walk around the block and then be like "see?  I got fresh air..." and how that was... like... a lot.

It was some time around then that I guess I started thinking about what my "bare minimums" could be.  And I have no idea when I started but at some point I started a "22 minute minimum" of "kind of cardio".  So... every day, no matter what, at a bare minimum, I will put my laptop on my kitchen counter, put on some show (oh man the hours and hours I have spent watching shows since I got sick) and walk on the spot in my kitchen with my microwave timer counting down 22 minutes and then I would be like "ok, that's done... got some ... exercise" even though it's not really all that much cardio or all that much of anything it was still something.  And I still do that.  Even on a day where I don't get up to much or don't head outside I will still get that 22 minutes of walking on the spot (or doing weird half dancing on the spot) and I now keep a calendar and I check it off when it's done and I don't miss a day, and I haven't in a long while.  I'm sure it helps, and helped.

I do feel a whole lot lighter now and I suppose I did have depression on top of everything else and even if it wasn't the same as how I remember it or as "bad" as I remember it or thought it "should" be, it was there and it was rough and it didn't help.  At all.  They're a nasty combo... having both depression and anxiety, and I've learned that they tend to tag team for a lot of folks.  And that sucks.  There were things that I didn't notice at the time but see now... like I can walk to my counsellor appointments from my place, and I used to give myself 30 or 40 minutes to get there and that would be just about enough time.  Now?  Well, it's a not even 10 minute walk away and so now I give myself 20 minutes and I often arrive with more than 10 minutes left to wait.  It was a bit stunning when I realized I was moving slowly and not even knowing it.  And I'm not a speed walker by any stretch of the imagination (although I don't stroll much either I guess) but when I noticed I was arriving really really early and started adjusting when I left my place, it was surprising to see I'd been in some slow motion world without knowing.
Posted by Victoria at Friday, August 16, 2019

Slow motion seems like a perfect description of what happens.

For me, depression doesn't act the same every time. Neither does anxiety. Neither does my arthritis, for that matter. But denial is always at least part of all three...