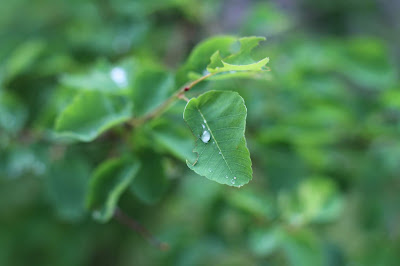 I was woken up yesterday by the sound of wind and rain and my initial thought was "well, of course, it's October after all"... but, no, it was just a stormy morning, in what is STILL TECHNICALLY Summer.

In the dream I was woken up from, C-Dawg and I were on a road trip (as in we were driving, not flying) to Mexico.  (No, I have no idea why, not in the dream and not why that particular place!)  We'd crossed the border (apparently) and were in the gas station/tourist shop filling up on gas, and I was inside looking at souvenirs that looked suspiciously like those I saw last time I went up Island (very "West Coast") and trying to figure out what candy I wanted to buy (again, all the type of candy I'm used to up here) when the windy rain woke me up and I never got to figure out why we were down in Mexico or where we were going or anything! But alas, such is the way of dreams sometimes, eh?

I may have mentioned it before but sometimes when I'm stressed, I'll wake up in the middle of the night with something I *HAVE* to deal with (that usually isn't really a thing)... like someone has stolen my teddy bear and left a duplicate.  Which let me tell you is super upsetting.

Or, my favourite from the other week... I woke up and got out of bed because Jason was coming over and he was going to see my bra (wait... have I told you this one already?  I can't tell, because I've told it to a few people, including Jason! because it's pretty funny... I tried to look but I couldn't find it so sorry if I *just* told you this and forgot!).  Clearly it wasn't ok for Jason to see my bra, so I got out of bed and covered it up.  Like, literally.  And then I went back to bed and thankfully to sleep.  But I was awake enough (I often am in these wakeups) to remember it and sure enough, I'd covered my bra (gasp!) with my bathrobe.  Go figure.

Now the funny thing to me is that no, Jason wasn't coming over and even if he was, he actually (looks around)... *whispers* has seen my bra before!  (GASP!)  Right?  I figure it's because I'd been watching the Marvelous Mrs Maisel (yes, I know, late to the game) which is a show set in the 1950s when women's things were a lot more improper than they are nowadays and I suppose my psyche just transferred that into... "hide your bra, woman, a man might see it!" because Jason is probably the only man my brain thought would be coming over any time soon.

So, I mean, I can usually find it funny in the morning but at night it's real and I'm not sleep walking, I'm just waking up stressed and dealing with the situation my brain is telling me to because I guess I'm not awake enough to not?  Although most nights when it comes to someone having stolen my teddy bear, I usually just grab the "fake" one (hint, it's the real one, amen!) and tell myself it's too late at night to deal with this right now so I'll deal with finding the real teddy in the morning but man oh man yes, this is sad and scary.

I suppose it could be worse, but I am glad for the mornings when I wake up and realize I slept through, you know?

Posted by Victoria at Wednesday, September 18, 2019

That's a powerful brain you've got there. :)