The Heart Of The Matter 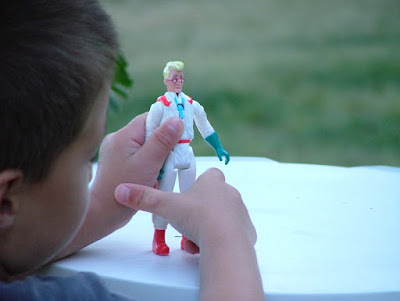 I tried searching for it with no results, so I guess (like I wondered yesterday) I never talked about my brother's health.... issue?  scare?  problem? last year.

Just over a year ago, I got a call that my brother was in the hospital.  He'd been having chest pains while exercising for a while and figured he should probably get checked out.  So he wisely did, and they ran some tests, found he had a pretty blocked artery and they put in some stents.  He was floored and devastated and shaken up but also glad to have caught things before a heart attack.  Especially as he'd had a friend die of a heart attack about ten years ago...

He's fine now, by the way.  Changed up his diet and working with a cardiologist and feeling and looking well.  But my brother is young, not yet fifty, and so he's considered "very young" to have this kind of thing happen, and so they suggested he be part of a study and that his family was welcome to as well as they'd like to figure out what genetic factors might have caused his issues.  So I signed up to participate and I just had my phone consultation with them last week.

Turns out my results (bloodwork type stuff) weren't... awesome and so they're going to send me for more testing and I'm to change my diet and exercise and if results come back one way we'll apparently take an "aggressive approach" and to be honest that's not really something you ever want a doctor/specialist to say.

I've been working on diet and exercise anyway, but now there's a more serious need for it and it sort of feels like an "ok, not kidding anymore" kind of thing.  Sugar's going to be the most significant change for me of course, but it's also the most obvious, while the rest of the eating changes are actually going to be harder to figure out.... and in terms of exercising... well, my biggest issue these last few months has been easing into it so as not to pull .... all of the things! and end up injured and hobbled.  I'm telling myself it's ok to be slow right now.  That I can't go zero-sixty and so shouldn't expect hard core cardio sessions right now.  That right now it's about building habits and routines and building up strength and working muscles and ligaments and things that haven't done anything in ages and ages and not not not getting injured and sidelined.

But... yeah... I have indicators that I'm pre-diabetic (so make changes or the likelihood of developing Diabetes is very high) and I have indicators that I may have some form of heart disease and a likelihood of developing... uh... bad stuff?  (They're going to check for how much plaque build up I have in my arteries and go from there... sigh)  I'm not happy.  But I saw my blood test results a few weeks ago so I suspected this was coming and I've been trying to adjust since.

I thought I was fine after the consult with the cardiologist but I ended up pretty miserable and overwhelmed that night.  That feeling comes and goes, and figuring out things around how and what to eat is overwhelming me right now, so I'm trying to be easy on myself (it's ok to be slowly adjusting, not going cold turkey overnight to some new thing I don't even understand) and I'm hoping it'll all end up being really good and easy and that I'll maybe even start feeling better as a side product.

It also makes me wonder how many people are walking around not knowing what might be going on in their bodies that they could change or should change, because I am not the stereotypical "hugely overweight, sedentary, smokes a pack a day and drinks pop all day" kind of person we usually think of as having these health concerns.  But hey, genetics gonna do what they gonna do, you know?
Posted by Victoria at Tuesday, January 28, 2020

Sympathize on the pre-diabetes front, as I'm facing the same thing at the moment. Need to cut down on the pasta, white rice, and probably cinnamon buns and donuts too. *sigh*

Continue to mutter about the warranty on this body ... should have sprung for the extended warranty and probably the tru-coat to prevent all this "rust" from showing up.

Do take it easy ramping up, though. I can say from experience that trying to go from 0-60, you'll end up stumbling a lot.