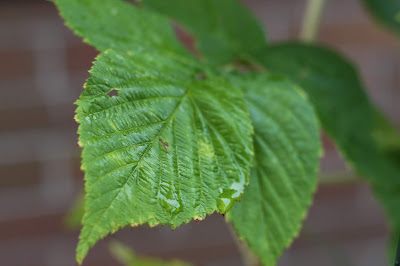 Yeah, I think things are just really getting to me this week.  Sorry.  I've been trying to be uplifting, or at least frigging neutral, but I'm just low right now I guess.  Which makes me feel bad, which doesn't help...

I'm tired and stressed.  Emotionally tired, I mean.  Although ask me first thing and I'll tell you I'm sleep-tired too.  I feel like I'm having an extra hard time looking at life right now and seeing that this.... this global virus pandemic that I don't want to be real.... this is going to go on for, maybe ever.  Or probably sort of for years?  What feels like forever, anyway.  March sucked for me.  I was terrified.  Panic attacks.  Not good.  April was ok.  Weird, and low... I had a harder time getting out of the house and I was still stressed.  But now, mid May?  I'm not feeling it.  I'm angry and afraid and this week at least?  Miserable.  Although that can change moment by moment I suppose but yeah, I'm blah.

I talked to Jason about it last night and I said that part of it is probably that I feel like I've been trying really hard to keep myself and OTHERS safe.  Like, sure, me staying inside is to keep me safe, but it's also to keep me away from others in case I'm asymptomatic and unknowingly spreading illness.  And now as we hear reports of folks relaxing.... I guess part of me is angry.  Like, I'm sacrificing, and it feels like you can't?  Or won't?  And I try try try not to judge because I don't know what's going on for them.  Maybe they've broken, mental health wise and just need to see their friends and be out on the beach.  Maybe they're at wit's ends.  Maybe they're not concerned about getting sick.  I don't know.  So I'm trying to let it go but it's hard.

I got frustrated out on a walk the other day (if I haven't already babbled about it).  They opened up the park near me to traffic again and so unlike for the past month and a half there were cars and more folks walking around.  Which on one hand is great, and parks are lovely and fresh air and sunshine is good for us but for me, it meant more dodging.  More being FUCKING ALERT for other people so I could avoid them, or pull my bandana up if unable to get far away from them (I try to avoid thin... areas where there's no room to distance)  So the walk wasn't relaxing.  It wasn't easy.  And at the end of March they were.  I'd see hardly anyone, and we'd all be far from each other.  And there was no traffic so it was easy to distance when you needed to.  But this?  This sucked.

And yes, I want to go to the beach, of COURSE I do.  I haven't seen the ocean in weeks.  But am I going to walk down to the beach that's closest to me?  With everyone else?  NOPE!  And right now that's pissing me off.

I know we're all suffering or struggling or whatever other emotions people are dealing with but .... I selfishly want my empty streets and sidewalks back.

And I don't know how this is going to go as we head towards Summer and warmer weather and I just... I'm not supposed to think beyond today... that screws me up.... so I'll try to stop myself from going there, but ugh.  And blah.  I'm not particularly chipper right now.

And I feel pretty damn blah.

That feeling of sacrificing, feeling angry at other people who seem to ignore the advice/restrictions, the desire to protect is how I'm feeling too. Between the background anxiety and anger, it all just feels so exhausting.

I wish there were some easy way to have it all go away.

Anyway, you're not alone in how you're feeling. All the safe, virtual hugs.

Well thanks. I guess it helps to know I'm not the only one, but also kind of sucks to know others are feeling the same. And yes, "some easy way to have it all go away" would be really really nice. Hugs back at cha.