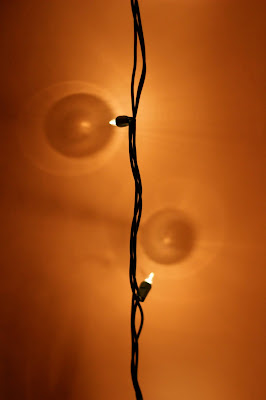 Like, I can't even explain it or find the "right" words because I'm not even sure myself what it is that's going on or, more to the point, not going on maybe?

Paralyzed maybe?  Emotionally or something?

I'm sure there are "experts" out there reassuring us that this is a collective trauma we're experiencing and that on top of that the stuff going on in the States is incredibly difficult to deal with even if you try to laugh it off and even if you pretend your own country has no similar issues... (which I know isn't true and I'm horrified and terrified and yeah... frozen).

So I'm sure those experts would tell me to just chill and relax and focus on self care and that it's ok to not be focussed on achieving right now.  But I have my own experience with depression and how easy it is to slip into that dark dark heavy space where things are so much harder to do and energy is so very difficult to find and so I don't want to let myself be right now because while I have not experienced a global pandemic before, I have experienced the crush of depression before and this time of year it is extra.... there.  It's extra hard.  Yes I have my S.A.D light, yes I'm trying to get out, especially on the sunny days.  Yes, I'm trying to be kind to myself and to celebrate the little things that aren't actually little.  Woah, you got laundry done?  NICE!  And then not berate myself for thinking that's something to celebrate because it is... I have clean socks and underwear again and am no longer running low on either.  Plus I did a thing.

An example... you may know that I run a personal (but private... attempted pen name sort of thing, sound familiar? sigh) art page.  A while ago, Jason pointed out that both FB and IG (owned by FB) share photos in threes in their layout.  And once that visual was triggered for me it's been pretty impossible for me to take it back and I feel like I HAVE TO post in sets of three.  Especially now that if I don't it makes things look "uneven" and even if I tell myself it's just me that notices, there's that part of me that gets genuinely anxious feeling that it's not ok.  I don't know if it's fear of judgement or fear of "error" or what, I just know I stressed and stressed this morning over what photo to share and which was good enough and then all the things wrong with that photo and it wasn't .... I don't even know, I was just frozen... stalled out.  It's a horrible feeling.

And part of that "horrible" is wishing I were different.  Like I wish I was light and carefree and unbothered.  And there is a train of thought (ACT - Acceptance and Commitment Therapy) that suggests accepting and working with your thoughts rather than fighting them but I have a really hard time with that because DO NOT WANT.  But that not wanting is pretty darn hard on me.  But then am I not just not wanting to not want?

I do understand that to some extent this may be an "artist" problem... and I do see the perfectionism there.  But I also am not sure what to do about it all... and knowing that this is just one example.  And that's not even starting on the "well what's the point of it all?" that I touch on from time to time.  What's the point of me sharing on social media at frigging all?  To sell artwork?  Well that ain't happening.  Not sure it ever will.  (Sure I've sold a piece or two but that's very different than actively trying to sell.) Is the point for me to gain followers and some level of "fame"?  Again... why?  So then is the sharing just to share?  Ok... why?  For attention?  For companionship?  Just cuz that's something I've done all my life?  (You grow up dancing you grow up performing... sharing and showing your "art", right?)  So then if it's just to do... just to do... then why does it bother me so?

A friend of mine shared a selfie the other day and she looked exhausted in it.  I wondered if perhaps she had not meant to post it but someone commented "long week?" and she said yeah... so how did she knowingly, purposely put out a photo of herself where she didn't look "good"?

I'm babbling, I know... it's what I do here.  Or what I'm working to re-allow myself the permission to do here, right?

But yeah, artistically really weird space right now.   Maybe I'll tell myself it's ok to let that go for a little while, like a couple more days after the events of this week and the anxiety around the pandemic and all the other seemingly little things that really do add up to quite a lot.  Straws on a camel's back and all.