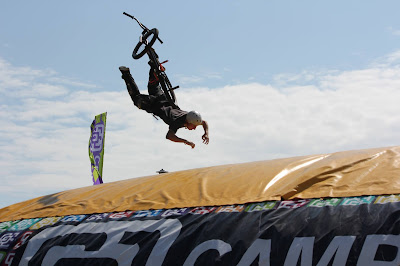 It's March, so that means it's been a year of this.... pandemic for us here (I say "for us" because other countries were dealing with it months before we were).  I spent some time this morning scrolling through some of my posts from March of last year and from what I glanced at it seems my fear a year ago was mainly in the form of frustration.  Fear/anger/frustration around the folks who were going full PPE and the still bizarre to me buying up of toilet paper (of all things).  I was trying not to be worried.  I was trying to play it some sort of cool..... and so I think for the first week or two of last March I was like well THIS is weird, hardy har har and I'm super anxious but it's all like, you know, overblown um, kind of because all the other pandemics were fine... so... this is fine.  Going to be fine.  Except it maybe isn't but hey I have anxiety right now so what do I know, I'm probably just overly anxious.  Right?  God I hope so.

March 17th is stuck in my mind as the day they put us into country-wide lockdown and well, yeah.  At the time you'd hear certain people sort of quietly saying "you know, this could be a year or two" and I heard them and I knew that could be true but I also just couldn't go there.  Thinking of "this level of stress and fear for two+ years" was too too much to take on at that time so I tried to just focus on right now as much as I could.  Surviving right now.  Being as safe as possible right now.  That's all that's it.

I've talked about some of the things I went through then and how I've maybe slightly shifted or slightly relaxed or slightly slacked, depending on how you want to look at it.  And I have had a few people quietly say to me this last week or two that they don't think this is ever going away.  One person said to me that they figure it'll be masks for ever and every year it'll be flu shot and Corona shot and I'm not enough of an expert to really comment, so I won't.  But it's a sobering thought.  And one my brain does not want to process or get stuck on right now.

Masks hanging all around my apartment... drying from being washed, or at the door ready to be put on.  Masks in pockets and purse and car glove compartments.  Plastic gloves in car for getting gas or... whatever.  Boxes of spare disposable masks and gloves.  Containers of hand sanitizer for when there's no running water.  Lysol wipes.  Lysol wipes that you couldn't buy for months on end.  Lysol wipes that I actually just managed to order online for the first time in a year.  A YEAR.  And still random shortages of things that you wonder is that a Covid-related shortage or just... you know, a normal one?  I speak only for myself when I say there has been an almost desperate hope, not a mature one, but one that's been there nevertheless that things will just go away.  Just go back to how they were.  More care free.  Less... care full?

I know, or at least I think I know, not being a scientist or epidemiologist (OMG did I spell that right the first time???) that Coronaviruses are all around us, constantly.  And I know that the other bacteria or viruses that cause pandemics are still around.  They don't, as I understand it, just go away.  We adapt, we vaccinate or treat and we manage them.  But do I want to face a future ongoing world where we are constantly masked?  Well no, I personally do not because I am still really struggling with masks.  But the flip side of that is how many people this year have said "well you know.... I haven't even gotten a cold, not even a sniffle... maybe we should wear masks forever?" and yes, yes yes yes I actually totally agree with this... in practice.  How many times in the past have we gone to work or a gathering or concert or movie or whatever with a cold or run down or with sniffles or not very well.  I remember a concert I DIDN'T go to because I was sick and I really really wanted to.  My friend tried to convince me... I'll bring you soup and a blanket! she said.  But I didn't feel up to it, but I would have.  I would have and even if that cold was less contagious than Covid-19 is, I still would likely have spread illness to someone.  Or someones.  But we just.... did that.  We'd struggle through a work day, un masked, and unwell and you've probably experienced one of those times when everyone just got sick in a cascade.  Like oh, now we're all home sick at once because we all somehow got the flu or the cold and well yeah... haven't heard about that happening the same way this year.... at least not the people I talk to.

I won't touch on the whole "anti-masker" thing right now because I don't have the energy to and it's not new, it's just .... as discussed before, social media and the internet shoves everything in our face so so much more than newspapers or even tv news did "back in the day".  I try to focus on all the people wearing masks, and I'm sure many of them are like me... not loving the experience... for whatever reason, but doing it anyway.  Doing it for others.  For themselves.  For social acceptance.  Because it's the law.  I don't care WHY they're doing it, just that they are.  And there are SO MANY people wearing masks and trying.  Trying to be healthy and not make others sick.  And that's what I try to look at and focus on and pay attention to.

So we're in March.  And last March was a doozie.  A doozie of a doozie.  I wonder how this one will go and if it'll go by at a far more normal pace than last March did.  So here's to a year.  Stay well my friends, and keep on keeping on.  *hugs* (but you know, only virtual...)