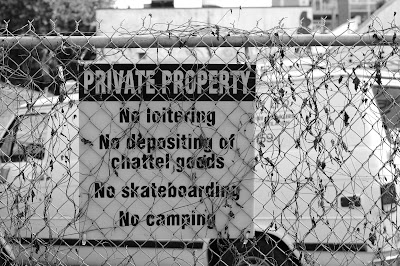 Hindsight's always 20/20, right?  But I wish I'd just had that perfect day and evening with Jay and left it at that.

Maybe hung out for a bit here and there over the next few days (he stayed in town until Sunday afternoon) but not have had him staying in my space.

When I got home Friday afternoon I got the fright of my life to open the door and have him there in my living room.  I'd forgotten he was there.

And then it was sort of weird for me to be relaxing and doing my own thing but having him there working on his work or his studies or whatever.  It was like... I don't know.  Weird.

He was up all night Friday working on something and it was another not-great sleep because I could hear him and the lights were on and, well, I'm discovering just how much I'm affected by disturbed sleep and so by Saturday mid-day I felt really rather discombobulated.

Jay said, over and over that if/when he outstayed his welcome, I just needed to let him know.  Or that if I felt uncomfortable to just tell him.  But that felt rude.

My Mom always feels that she failed in teaching me proper hostessing skills, but she really didn't.  When Jay said he was heading out to grab some food, I told him that was fine, he could eat here.  So it was like it used to be.  All the old routines of living together, but... not living together.  A guest who's not really a guest but not not a guest.

We talked about it Saturday night and I said that next time he came into town it was probably best for everyone if he stayed in a hotel room.  That way he could do his work and studies without being disturbed.

Jay's feeling a lot of pressure right now to get his work done and his studies done and he feels like "everyone" is trying to interrupt him, to make him do other things.

I was kind of frustrated to hear this and I told him that if this was how he felt he had to be really clear with people.

We also talked about how he gets panicky when people cancel their plans to see him when he's in town, and we talked very openly about how we maybe have different ideas of what it means to love and/or be in love.

He still loves me.  Still does.  And that was nice to hear.  Because I'd been so hurt that he seemed to have just shut off.

I don't know how I feel about him, and I told him as much.

Do I love him?

But is it a romantic love?

I don't think so.

And I'm not in love with him anymore.

Which maybe puts us on a more even playing field.

I mean, he was never really in love with me, we hadn't been together long enough I don't think, and I think that explains why it was so seemingly easy for him to move over there and... move on with things.

We talked a lot about how that first week of him being there was really really bad timing for both of us and how that didn't help with the implosion.

Like, we went for a walk downtown mid-day Saturday.  Went to get gelato, and then dinner.  And we held hands and we kissed and I sort of didn't .... feel anything.

Which is very very different for me.

Usually if I'm holding hands with someone I'm in dreamy I lurrrrrve you! mode.  I don't know what this was.

Not that it wasn't nice, or comfortable, or enjoyable.  It was.  We still get along well and enjoy each other's company, I just have no words to label what I felt or what I was thinking.
Posted by Victoria at Friday, July 12, 2013

interesting.. sounds like you are processing the loss with deep thoughts on what was, is, and will be.

Hindsight is 20/20.. the journey is made more richer because of the reflection on what worked and didn't.

smart reflections I feel.. for the record! xo

I'm proud of you, and the way you handled him. The kiss. The holding hands, the having him in your apt as a guest/not-guest.

This is a step in the stepping stones path you're on to healing and growing.