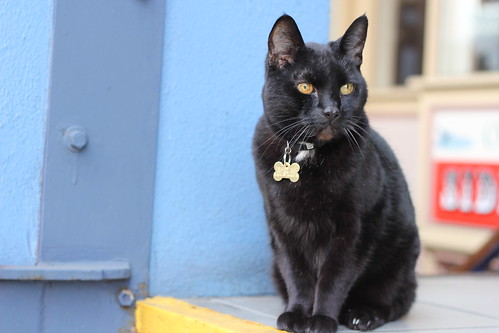 In TOTALLY other news, about a month ago my VISA expired (or whatever you call it) and they sent me a new one.

And, whether I wanted it or not, this one had one of those wavy magic, I forget what they're called right now things.

Not the chip, but the... uh... wave it at the place where you usually type in your P.I.N. or swipe the swipy thing and OMG why won't my brain come up with what it's called?  Hang on.. gotta google for Pete's sake...

OK.  VISA calls it the "payWave" which is no cooler than me calling it the swipe thing, so Swipe Thing it is!

So.  I got this new VISA and it has this feature thing that allows you to just kind of... wave/swipe it at the terminal bit and... you've paid.

I've always thought it was SUPER sketchy and vowed to never use it if I ever got it.

And then at some point in the first week of having it I thought I'd give it a try to find out just how sketchy it is and you guys it's super creepy!

I felt like I was stealing the first time I used it.  All I did was touch my card to the thing and beep!  I had paid.

I asked the girl and she said you can only do smaller payments with it and that it does eventually ask you to sign in or something but still.  I could theoretically do a lot of damage with a card that wasn't mine if all I had to do was swipe it to pay!

But, I suppose that's VISAs problem should someone ever lose their card or whatnot and they must have security features and whatnot in place.

So after I told myself it must be "safe" or else they wouldn't be doing it and I got over the fact that it felt like stealing every time I paid but didn't pay, I started to enjoy it!

I don't know, I still find it a combination of magical and creepy and cool and wrong, but yeah, I'm starting to like being able to just tap my card and have things magically happen.

Technology is getting pretty weird, you guys.  Makes me wonder what on earth our children will be amazed by.

Of course, then you read that RFID scanners can read your VISA card from up to 10' away...

On the other hand, it is pretty rad to just tap and go. It's almost as fast as they make debit cards seem in the commercials!

Noooooooo, no creepy thing for me to worry about! ;)

Technology *is* getting weird, but so darn slow!

I can't wait for those flying cars we were promised decades ago. How hard is to attach rocket boosters to a Fiat 500 and shoot it over a cliff?

That's a really good point. They owe us!

Yeah, the extra toe thing on my paws used to upset me but then when I realized I could type? I figured I'd make the best of it!