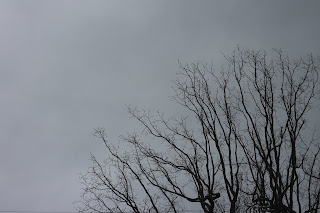 Sorry, but I'm going to whine about it again... in a slightly new way because I'm pouting and feeling low and so I'm writing about it, the end.

I took a couple of shots I really liked this weekend.  And I wanted to put one in to the "Your best of the month" challenge on one of the sites so I asked Jason which of four or five I sent him he thought was the strongest.  He picked one and I put that into the "please critique" group and, well, it got critiqued.

I liked the shot.  Thought it was cool when I took it.  Liked how I edited it in post.  Jason liked it of the ones I sent him.

Then I asked for critique, I suppose hoping for positive suggestions but basically got told it was uninteresting, poorly balanced (too dark AND too light) and not particularly good in any way that those two people could see.

Now the comments and critiques are very fair and balanced and not at all unkind but perhaps partly due to my mood or how I was hoping the shot would be received it really stung.

I'll get over the sting I'm sure... I'm writing this right after reading the critiques and I know time will temper the ouch.  But really, I feel like I want to curl up and have someone hug me while I feel sorry for myself and I'm not sure why.

I complained that no one was paying any attention to my photos, and then I asked for attention and am now upset that they pointed out things that didn't work in a photo that I thought was ok.

It's, I suppose, what Jason warned me about... that moving up a level in this way wasn't for everyone and that I might not enjoy photography the same way.

It's not that I'm not enjoying it.. it's just that I don't think anything I do is much good anymore.  Or when I think it's good, people who are more skilled than I am point out that it's not really all that great.

I'm finding comfort in flickr, of all places, because people there are just positive.  They look, and if they like it they favourite the photo and/or comment.  So at least I know people are looking and at least someone likes it enough to hit the little pink star.  Sometimes I tell myself that maybe I'll just stick to flickr and the happy little high fives I feel like it gives me.  (But the truth of it is, there are people on flickr who get millions of views and hundreds of favourites, and if I'm not careful with my thoughts I'll start to feel crummy about that too.)

I think I'd be interested to see some critiques of Jason's work.  Like if he threw some of his shots into this pool and asked for critique if they'd have nothing but positives to say or if someone would find something to suggest.  I'm sure it works like that with any level but man... I guess that one hurt because I thought it was ok but then figured maybe it was a bit better than ok because Jason said it was.

Yes, I wish everyone instantly liked everything I did because it was amazing and perfect and wow, look at me go.  But... that's not happening.  Or realistic.

It's also perhaps why I haven't put anything into that site for critique in about a month.  Maybe I wasn't quite as mentally ready as I thought I was.  Or maybe the mainly positive reaction I got on my last critique request made me think I'd get the same again.

I don't know.  Just feeling blue and trying not to get too down on myself.  And wishing I could figure out how to not take it personally the times that I do.

(Edited to add:  I called Jason a bit after I wrote this and we had a good talk about it and he gave me over the phone hugs and told me I'm doing great and all that good stuff.  Still sniffling about it, but I'll be fine.)
Posted by Victoria at Monday, February 02, 2015

Keep in mind you are doing this to learn and grow. There will always be people that see the negative and comment on the negative and ignore all the positives. I'm sure many famous aritist/musicians suffered through critiques of things they felt were awesome.

The tough part is to take the comments with a grain of salt, not take them as a personal dig at you, and try to learn something from the comment.

I really enjoy looking at your pics. You have a very good eye.

Seem to have run out of hugs, but I'm never in short supply of cuddles!

On to the point: you're right, it's not realistic to believe everyone will like everything. But as long as you, at the end of the day, are pleased with the photo, isn't that the most important thing? Just like writing; they say that you should write for yourself, not for others. Right now it seems as though you're caught up in the "Show the World" mentality.

That isn't bad, though, but it might have robbed a bit of that "Have Fun With It" mentality when you were just taking photos for yourself and not flickr. I say take the next month and don't worry about what others think. There will *always* be faults in photographs and people so quick to point them out. So just take the photographs for yourself and learn yourself.

You need to remember 'those who can do, those who can't criticize'. How wonderful are their photos? I do not think it uninteresting at all. Balance? huh? oh yes, let us get nature into order! Too dark, too light ... just like life.

Thanks Elliott, I'm trying. Like, I feel a lot better about it today but was really licking my wounds yesterday. And to use a Dad joke... "thanks, it's my left eye!" ;)

AotF I will take cuddles. I mean, what are cuddles if not extendo-hugs, really? And I am totally taking your points to heart, well said :)