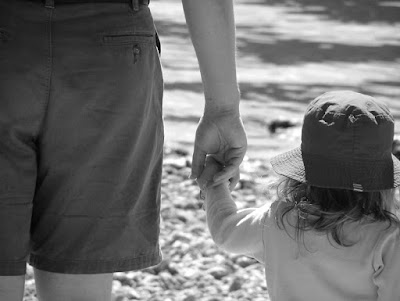 Sorry about that... I really did mean to post, and then some days I thought I had when it turns out I was being radio silent without really noticing.  There's a few reasons for that, one being stress, and the other being lack of sleep, which is only partially related to said stress.

But as you know, either from reading here, or (hopefully not) from your own experience, not getting sleep, or not getting solid sleep really messes with things.  My functioning (and mood) especially!

It's funny (but not) because when I mention to counsellor type folks, or doctor type folks, that I'm not sleeping well they often ask why?  And it's probably not for the reasons they expect.  It's not that my brain is worrying or going over things or thinking about future things it's more that my brain isn't shutting off.  Or up.

So it will, like, sing some random verse of some random song over and over or it'll have a conversation with someone or who even knows what, but as tired as I'll be and as quiet as I'll have gotten my mind by reading in bed, the falling asleep portion has been less than ideal lately.

But then my body also got involved.  More specifically my shoulder.  Shoulders.

If you remember a while ago (year?  two??) my right shoulder was "not working".  Physios and massage people had no real idea why or what.  But after a long while it has sort of semi almost healed.  It's not perfect, but the main issues I had with it are resolved (knock on wood) and much much better.

And now my left shoulder is doing a similar yet different "not working".  Most noticeable with the left shoulder, unfortunately, is that it is seemingly irritated by me lying on it (while asleep) and then trying to roll off of it and so I'm being woken up in the middle of the night by sharp sharp pain.  It sucks.

So the last couple of weeks have been a rough combo of having a hard time falling asleep, and then eventually falling asleep and being woken by unknowingly having slept on my side and the pain of moving jarring me awake.  And on a couple of really rough nights the right shoulder "locked" or something so I was waking up fairly regularly in pain and unable to fall back asleep.  At one point, I rolled over, setting of the pain, and shouted out "COME ON!" because... come on... I need to sleep!!!

It's frustrating that no one seems to have any idea what's going on so treatment isn't really going anywhere.  I'm experimenting myself trying to figure out what helps... stretching?  Not stretching?  Massaging the area?  Leaving it alone?  The other night I took a Robaxacet (muscle relaxant) and that might have helped??? But I also tried a neck brace so was it that?

And that's part of the frustration, is the physio isn't even sure where the issue is.  She thinks it could be from my neck, or the front of my shoulder, or the scapula area or who the heck knows, maybe from my bra?  Sigh.  I just want some good nights' sleeps.

Last night I was even feeling sort of afraid of falling asleep.  See, when my right shoulder went, I taught myself to fall asleep on my left shoulder.  (Seems I fall asleep on my side)  Well, now I'm afraid of sleeping on that left shoulder since it will sometimes (BUT NOT ALWAYS) scream at me for doing so.  So I was trying to fall asleep, and I tried on my left, but there was the thought of "but what if it hurts?  I'll just wake up again, and in pain!  Is it hurting now?" and so the falling asleep portion was even rougher.

I don't even think a sleeping aid (pill) would help right now because of the arm/shoulder/pain situation.  I'm pretty sure it would wake me up no matter how "out" I was, since I've been waking up at who knows what hours.  Sigh.

Oh, and last night the toilet decided to sing me the song of its people and whine three or four times loudly enough to wake me up (as "strange" noises tend to do), so.... yeah... I'm tired.  Extra tired.  In the literal sense, and it's not making me feel the most pleasant of things.