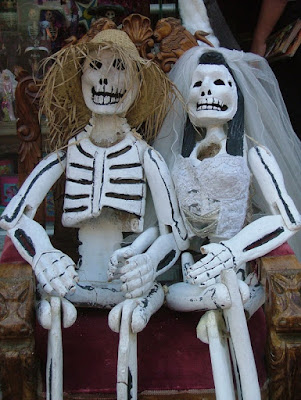 No, not that kind, the other kind.

The kind that we get bombarded with at this time of year!  And it somehow escaped me that this year was also the end of a decade (go figure) and so the round ups are extra... bigly.

I don't much know what to say about this year, to be frank.  I think I'm better than I was a year ago, health wise... anxiety wise.  My bloodwork tells me I'm about the same as I was a year ago (cholesterol wise), and my aches and pains are... probably the same.  I'd like to be in better physical health, fitter.... that kind of thing, but that's a work in progress and I'm not beating myself up.

In some ways this year was a non-year.  Which is bizarre to say when I think on some of the things I've dealt with.  I had three people I adore deal with life and death illnesses.  But I think what I mean is I got through all of it.  I did ok.  The panic attacks I had were... shorter?  Didn't debilitate me for as long?  Something.  Something felt less.  And that's good.  But I also didn't DO much this year.  It was a sort of a quiet year; hence my saying a "non" year.  It just... was.  And that's ok.

I didn't do much art, hardly any at all.  I changed some of what I eat, but not drastically.  I made changes, but they were slow and gradual rather than overly dramatic and memorable.

I didn't fall in or out of love.  I didn't.... I dunno... stuff?  You know, when people write you those summaries of their family's year in Holiday cards?  I don't much know what I'd write.  Although that could just be my mellow mood at the moment.  Maybe in a few days I'll be like Oh, I should have mentioned this!  Or that!  You know... brains work in funny ways sometimes.

Thanks for being here.  A lot or a little.  Thanks for popping in.  Or checking every day, I dunno.  Hope you're well.  Hope you're looking forward to solstice and the longer days and I hope this month is treating you kindly.

Posted by Victoria at Wednesday, December 18, 2019

Sometimes surviving and making small improvements is a big win.

I'm thankful for your improvements, for sticking around here, for what art you did do, and for your continued existence. You make the world a better place for being here.

You blog posts are often a touchstone and help ground me.

I'm hoping your next decade is a much better one.

Thank you for writing and being here. I'm glad you're doing better...even if the betterness are baby steps...it's forward movement and that's important.

Best wishes for a better year and better decade...for you, your readers, and the world in general.

Good point Jason, and thanks :) Happy New Decade to you too! :)

Thanks Elliott :) And I heartily agree that I hope the coming year and decade are good for us all.... and the world!