The Writing Of It 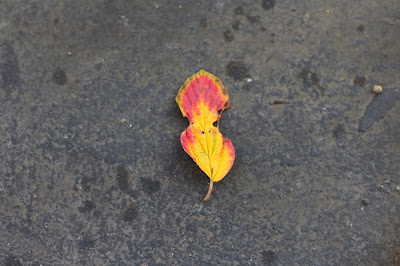 It's Sunday afternoon as I type this.  I was meant to go see Jason later today to watch episode two of the latest Westworld show but I think I will be staying home.

I'll be staying home because my chest is tight.  And this tight feeling and occasional desire to cough has me absolutely terrified.

Now, here's what I'm telling myself.  This happens to me regularly.

On and off, all year round.  Often, as the case is today, when the dampness sets in outside (we have had sun and clear skies all week and today it clouded over and rain's expected).  But I just don't have to ability to be calm about this feeling right now.

I think it's fair to say that over the years I've likely been carrying a small amount of hypochondria.  Not at all near diagnosable, just an over-knowledge of symptoms and a fear that I will get sick.  (It's a long story that involves childhood illness and hospitalization that my counsellors and I have only started to touch on these last few years.... also having grown up with a well trained nurse who taught me things that most don't know and that's ok...)

So a year ago when I'd get this heavy sort of chest weirdness I'd wonder at it, and then I wouldn't feel unwell so I'd not think much about it.  I did, at one point after a friend's sickness, purchase a spirometer (a device that helps you exercise and check on your lung capacity) and I'd often use it when I was feeling worried that I might be "getting something".

Now, when a virus is rapidly spreading all over the world and scaring the living daylight out of many of us and here I am half convinced that I'm clearly coming down with it.  That I've obviously caught it despite my cautions and that therefore I've spread it to... who knows who... Jason most probably, and his roommates, and possibly my parents and now I'm going to get sick and possibly have killed someone I care about.

So I'm probably fine.  My temp is absolutely boringly normal, I don't feel anything else.... (but then I make the mistake of reading someone's account of contracting the virus and I think well damn, could be... could be...)

I'm scared.  And I'm trying not to be.  Because the likelihood is that there's no reason for me to be.

I keep wishing this was over.  And that's something I'm going to have to let go of.  Because it won't be.  Not for a long long time.  Maybe not quite exactly... forever.  But finding a sense of balance is vitally important for me right now and I'm struggling with that.  And today in particular, I'm struggling with it because my chest feels a little tight and I'm scared I'll die from it.

That blunt enough for you?

All the virtual hugs possible. It seems like the only reasonable response.

Thanks. Back at cha.

Stay home! in Quebec we are not allowed to visit anyone inside their home. I can't understand why anyone would want to go visit anyone else right now. The sooner we all stay home the sooner this ends!! Hang tight!!!!

I did stay home. You hang in there!