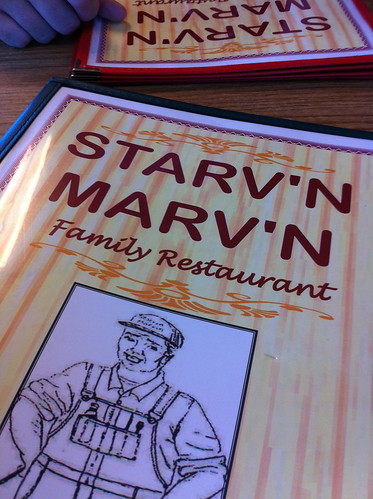 Soooooo I was out and about this weekend (a glorious weekend if I may say so) and I (boldly!?) jumped into a conversation between strangers when I overheard one of them mentioning Burning Man.

"Are you going this year?"

"Yes.  I have two tickets but not sure who I'll be going with."

And my brain wanted to dance around.

I didn't want to be rude and say SELL ME YOUR EXTRA TICKET but I did so I just mentioned that hey, I have someone who really needs a ticket and I'm sure he'd love to buy yours.

We exchanged emails and messaged back and forth a few times and I went ahead and emailed Connor.

"Connor, I may have a lead on a ticket, are you for sure not going this year?"

Because last I heard Connor had been denied his time off work.  This combined with him not having a ticket had him really discouraged and giving up on being able to go this year.

Which put me in the spot I've been trying not to be anxious about of not knowing if I can go, or how.  Because I really don't feel I can do the driving myself.  I don't feel like I'm comfortable enough with going with a stranger, either in my own vehicle or theirs.  In talking to the random guy the other day he suggested I could fly down and fit everything I needed into a duffle bag and rent a bike, but... I don't know, that just doesn't seem like what I'd want to do, but I suppose it would be an option if I had to.

So I emailed Connor and he called me back right away.  He was excited to hear I maybe had a lead on a ticket, and he was going to go in to work and talk to them again about time off.

He called me an hour later.  He'd gotten permission to take the time!

I think I cried.  I was so relieved and excited and still wanting to be cautiously optimistic but all of a sudden I had someone (I know) who was able to travel down with me, and able to bring my gear back for me if work won't give me all the time off I'm requesting.  (Let's not talk about my stress level there either, mkay?)

So yeah... I'm trying to just stay calm because it still might maybe possibly not work out (if we can't get a ticket for Connor) but dudes... it's so much closer than it was a week ago.

Which is funny, because I had a couple of hours of jubilation and OMG I'M ACTUALLY GOING!!!! And... that turned into... OMG I HAVE SO MUCH TO DO!

Which is not really true, but it did send me into a higher gear of putting together playa gifts (I'm making little necklaces this year like the one I was given and loved last year) and that made it all the more real too.  I don't have a lot to do but my anxiety and worry about it has shifted gears slightly.

Now that it's more likely I WILL get there, I'm worried about... what that looks like.

Because as it stands right now it would be just Connor and I.  Which means higher gas costs (split between two of us rather than four of us) and that's not a huge deal but what if we get tired of each other?  What if we don't want to hang out together?  Or if I don't want to hang out with him?  And the real crunch of it all... I'm going there alone.  Pretty much.  Because yes, Connor and I know each other, are friends, get along, all of it, but I won't have a "person" there.  Not Jay or my co-worker or anyone.  I don't know anyone who's close to me who's going.  So there's part of me that's worrying about what it all will look like.

Sure, I did things on my own last year, but I also always had in the back of my mind that I was going to meet up with Jay later.  And Jay and I had some really nice cuddle times and chilling doing awesomely random things that are now great memories times.  I'm sure Connor and I will make some great random memories too but it's just that I can't visualize what all it will look like.

Which, is not my favourite thing.

It's funny, maybe Burning Man is just always going to push some of my buttons.  Not knowing exactly what's going to happen.  Possibly needing to go through the entire thing by myself without the safety blanket of a "person" there for me, no comfort zone other than myself.  I don't like doing things by myself, I like to have someone to share with but... this may not happen.

Or, it could turn out that Connor and I have a blast hanging all week and it's just perfectly balanced.  Or we could camp next to people who turn out to be our new BFFs or we could travel with someone else last minute and all this worry will be for nothing.

But I'll tell you, watching my worries shift from one thing to the other, and then seeing how that ratcheting up of anxiety sent off a bunch of other worries was interesting.  Good that I was able to observe it if not avoid it.

So, yeah.  Connor needs a ticket.  I really hope that happens.  I would like to get a longer time off of work than I've currently been told I can have, and I really hope that happens.  But... things are progressing positively.  Later in the year than I would have liked, but still... letting things go... breathing... trusting... breathing... trying to chill.  Did I mention breathing?