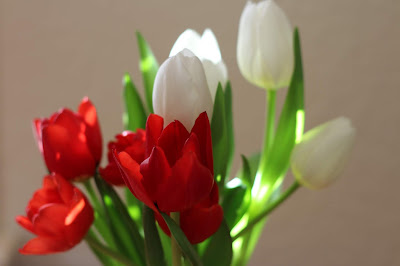 I mean, not always I guess, but certainly when it's something I'm interested in and curious about.

I love my car.  I love her SOOOOOOOO much.  She's the first big thing I ever bought myself and I paid her off so I own her for real for real and even though Jason has started pointing out that she's ten years old now (what?) she still feels like a brand new shiny amazing special car to me.  That should have nothing wrong.

And that's where things start.

I somehow believe that my car is still young enough that it should have no "aging" type issues at all.  Jason tries to tell me, as do others that the car is "now ten years old" and so... whatever weirdness is "to be expected" and I'm like, nope!

I've taken good care of my car.  And since I met Jason, who knows a lot it seems about cars, I revisited my interest in learning about cars.  (I'd wanted to take mechanics in high school but of course had to take all those "university" type classes for whatever degree I had no idea about... so, electives had to be put aside.... boo).

For a while my car has had some issues starting.  As in it won't fully turn over.  Like won't complete the... uh... start up thingies for a start up.  Some days it's totally fine, just starts right up!  Then some days it chokes a lot and works really hard at it and starts.  And then recently, I had a couple of times where it would choke and then not.  It's always fine when I try to start it again but it's a total stress for me (thanks anxiety!)  So I started trying to figure it out.

No, not the battery (which is the first thing people suspect) and no, it's been to two different mechanics in the last six months and isn't throwing any codes (electric test thingies) so there's nothing bad enough on their end to do anything.  The last mechanic (someone awesome Jason knows) put in new spark plugs and that was supposed to fix it but then it didn't.  The starting issues were still intermittent.  Jason figured it had something to do with "barometric pressure" which no one on google says is a thing but Jason says old school mechanics would know what he's talking about (I guess you tune race cars differently depending on the elevation on the track or weather or something) so every time it was raining and my car choked he would say see?

But I decided to start tracking it.  Because all my googling said there could me a whole bunch of reasons it could be happening.  (Ugh)  And I figured it would be helpful to be able to go into a mechanic and say here's what I've noticed, it happened here, here and here but not here or here.

And then the next time I went to start it and it didn't turn over (please excuse my terrible description, it's not that it didn't turn over, it's more that it turned over but didn't fully start.  So... cough cough cough sputter dead) I noticed that it was low on gas.  Hmmmm I thought... could this be gas related?  Fuel?  Fuel pump relay?  Crappy gas at the bottom of the tank?  Hmm.... thoughts....

So I mentioned it to Jason and we went and bought some ... uh... gas tank cleaner something or other?  (The guys at Lordco... auto supply shop recommended it) and that went in the tank and then we filled up the tank and, well, so far so good!  I am also tracking, just in case... time of day, weather, amount of gas, temperature, etc.  (It only happens on first start... 'cold start') so we shall see.

But I did enjoy the process of trying to figure it out.  Jason said it was just something I should live with, having an older car and I was like no way!  If I can make my baby a little healthier and happier, I will!

But holy smokes there are so many things that can go wrong with cars, it's kind of endless.  Who knew you could clean your gas tank and stuff?  Crazy.

The amount and number of things that go into making a car work is crazy-pants. If you're really interested, I'm going to suggest you google Project Binky and watch two rather amusing British blokes try to rebuild an Aston Mini with an engine it was not designed to use.