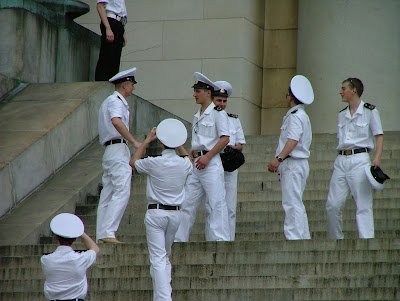 So when my brother had his heart stuff last year, I went to my doctor and had her do some testing for my own heart (since my brother's issue, him being young, was likely genetic rather than mainly/fully lifestyle).  My cholesterol came back elevated, but not outrageously so, and so I worked on making some changes, mainly trying to eat better.

I tried to just really eat a lot healthier and better and to reduce my sugar intake (WAAAAH!) and watch salt and up veg... you know, sensible sort of changes.  I also tried to pay attention to the types of fats I was eating, but man is there a lot of cross-information out there and a lot of "armchair experts".

When I got the blood work results for this cardiology thing I saw that I had indicators for what they call "pre diabetes" which, like I said the other day, in simplified terms mean that if nothing changes on my end, my likelihood of developing Type 2 Diabetes is very very high.  So I was pretty upset about that.

When you mention diabetes to people (or pre-diabetes in this case) the automatic answer is usually "no more sugar!"  But I've also had several folks talk about Intermittent Fasting and the Ketogenic diet.  Well, intermittent fasting I've already been doing.  And I learned about Keto a couple of years ago, and it apparently has really strong positive changes for some folks.  But.... I think, in this case, my priority is likely to become my heart health and my cholesterol and much of the Keto diet (heavy protein and high fat) is not likely to be a super great idea for that.

So since I got my results back, I've been focussing on looking for carbohydrates in things and, of course, thinking about reducing my sugar.  I told myself that the day I had the meeting with the cardiologist would be my cut off day for "ridiculous sugar intake"  and so, yes, I've had a few Cadbury creme eggs this month (since a few stores have brought them in already!)

When I talked to the cardiologist, he said to watch sugar, carbohydrates, and starch.  Which is, I say half jokingly and half devastated, like... everything!  He said to stick to proteins and green veg.  "Fill your plate piled up with green veg!" he said and, well.... sigh.

When I started looking into eating better for pre-diabetic reasons, I started looking again (because it's not new to me) at the glycemic index, which the internet would like me to tell you is the "relative ranking of carbohydrate in foods according to how they affect blood glucose levels."  And so remember all my sorrow over hashbrowns not being as healthy as I thought?  And then finding healthy ones?  Well, it turns out potatoes are on the no fly list.... so.... yeah.  There goes a lot of things I've always really enjoyed.

I think I'm going to ask if I can be referred to a Dietician/Nutritionist type person because I am SO not a food expert and really not great with food and I'm feeling like trying to figure this all out right now is a lot.  Nevermind my food issues and oh, shall we throw in the gluten thing as well?  Not that it's as huge a deal right now because a lot of things that might have gluten in them (like delicious delicious bread) are no go.

So, yeah, I right now feel like I have no solid idea of what to eat and if what I'm trying to adjust to is actually good or not or good for one thing but not for another or what.  And I still really want to eat all the treats and sugars and hey, did you know that slightly green bananas (which I've always preferred) have less... uh... sugars (?) in them than over ripe bananas?

Eat a cream egg for me, would ya?  (And maybe a donut, for some reason?  Never been a huge donut person but now I'm like GIMME, probably because I "can't" have one... thanks brain!)
Posted by Victoria at Thursday, January 30, 2020

I'm also in the range of pre-diabetes, so had the same "cut down on the sugars", but the complication on my end is some bowel stuff that means I'm supposed to stay away from any high-fiber items, like brown rices and leafy greens, etc.

Which means I seem to be left with eating meat, which as you noted has that cholesterol problem.

A nutrionist sounds like a better and better idea.

Ugh, that sounds mega complicated for you Jason! :(