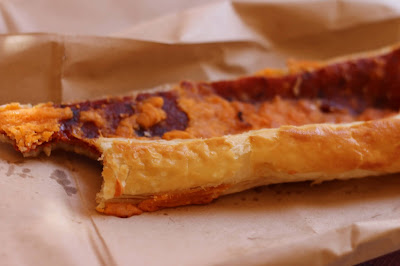 I am not in a great mood today.

Part of my misery is from my body feeling sore and uncomfortable.

Last week was stressful for me - mentally and emotionally, and this is probably not all that related (but also maybe possibly slightly related?) but by Thursday or so of last week my body was hurting.

My back ached and my left hip decided to hate me when I tried to sit criss-cross, and I have been wondering if that's partly due to my body being less fit and healthy and the few short bike-around-the-blocks I did over the last week or two.

I'm thinking about the times I go to a physio with a sore X and they end up letting me know that the pain is from a tight Z and a tight Y.  Like, the whole "knee bone's connected to the thigh bone thing" but like literally because they really are all interconnected and a tight something leads to it pulling on something else and then that hurts and OMG just put me out of my misery already.

Despite wishing differently, I do not have a degree in physiotherapy or anything else helpful enough to instantly know what's going on and typing "sore hip why?" into google leads me down eighteen thousand different paths and I think deep down I know it's partly because I'm lazy.  "Lazy" being a pretty harsh term that I've thrown at myself my entire life, but still...

See, when I went for the little bike rides the other week or so my thighs burned.  And we won't even talk about the lung burning cardio aspect of it, just my thighs and legs burned and I thought "damn, I'm out of shape" and then I sat myself down and felt better about life because exercise and cardio will do that for you.

And then the next day I was like OW!  MY THIGHS!  Especially my left thigh, but like not just the thigh but like the side of it and that's an IT band but um anyway, OW, my thighs are SO SORE, but hey, at least I got some exercise, right, right?  It'll probably go away.

And maybe when I was 20 it might have, or maybe I just never noticed before but now?  Spoiler?  It doesn't just go away.

It FEELS like it goes away and three days of Advil and Tylenol (because I never really know which one is the right one to take so I just take one of each and cross my fingers) and some epsom salt baths and hey, no more pain, right?

Right.  Except then I walk to the bank and back and when I go to sit cross legged on my couch like apparently I do all the time without thinking, all of a sudden my left hip is screaming in pain and I have to... not.  So then it's three days of Advil and Tylenol and a hot water bottle (because it rained and was a little chilly and I still don't know if I'm dealing with inflammation or muscles so who knows if I should heat or ice or holy shit is this "aging"???? FUCK!)

Which takes me back to "lazy"above because when I do go in to see those physios they always always talk about stretching type things.  Here.  Here, they say, here are some stretches for that thing and watch your core and how you move and and and and um yeah, magic pill anyone?  No?  Crap.

So do I probably have to stretch out every time I get on a bike now?  Yeah, probably.  Even for that three minute ride around the block?  Yeah, probably.  Especially since the bike I got has no gears.... which means more legwork.  (Right?)  Well, plus I haven't been on a bike since the last time I was at Burning Man and somehow the stationary bikes at the gym don't count (probably because you can actually go easy on them.... see "stationary" above).

But, yeah, I felt pretty physically miserable all weekend and I know I could have gotten out and about and moved that body and I did a little, not knowing if it helped or agitated things or what, but yeah.  An emotionally taxing week followed by a physically uncomfortable week-end left me pretty darn grumpy and miserable.

(Plus I feel like everyone's out and about having lives and socializing and while that may not be accurate that's how it feels to me right now and that has a whole other set of unhappy feelings around it.)

Glad you shared. Makes me feel better about my own soreness and aches.

Can't we just make them go away? Waaaaah :(